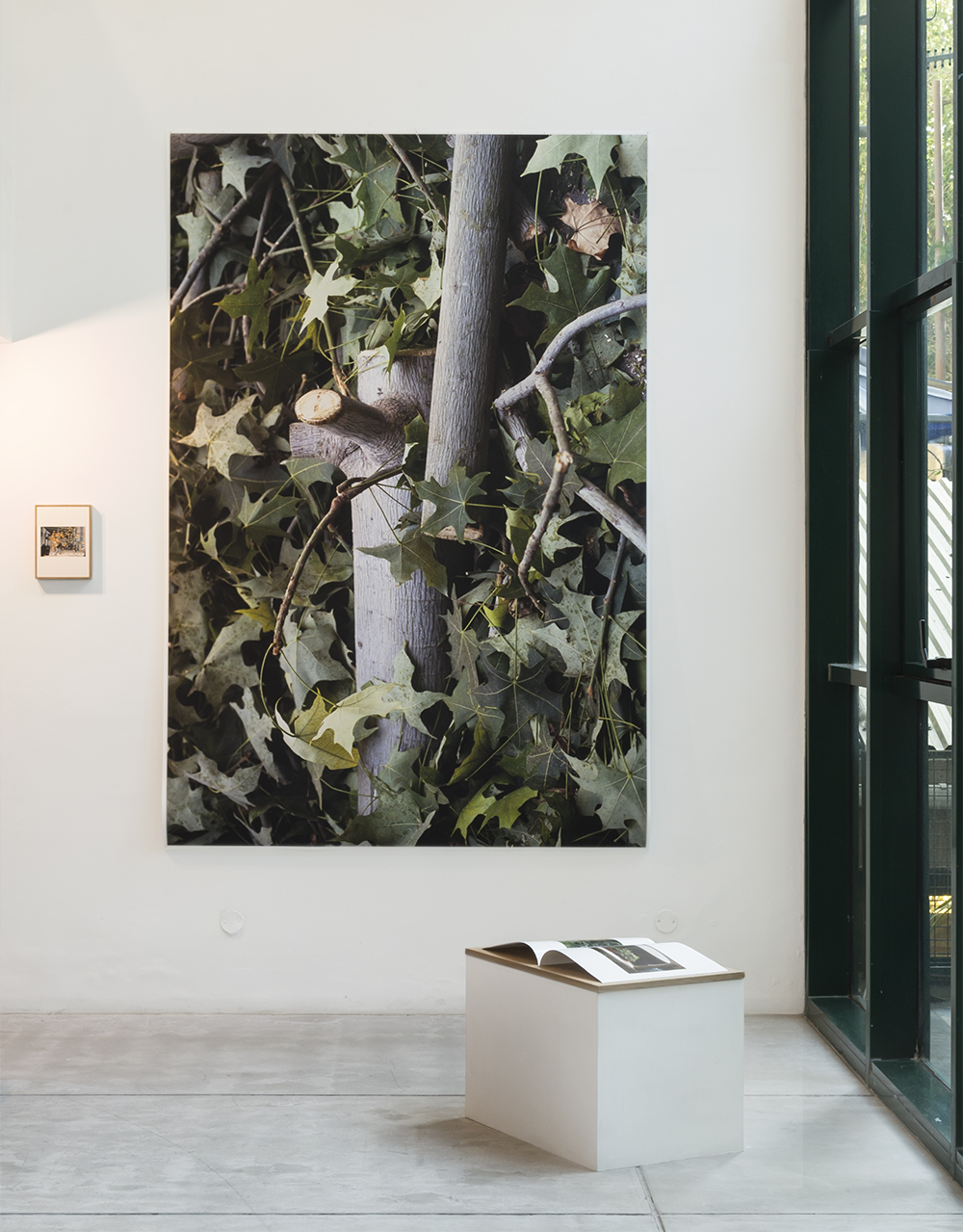 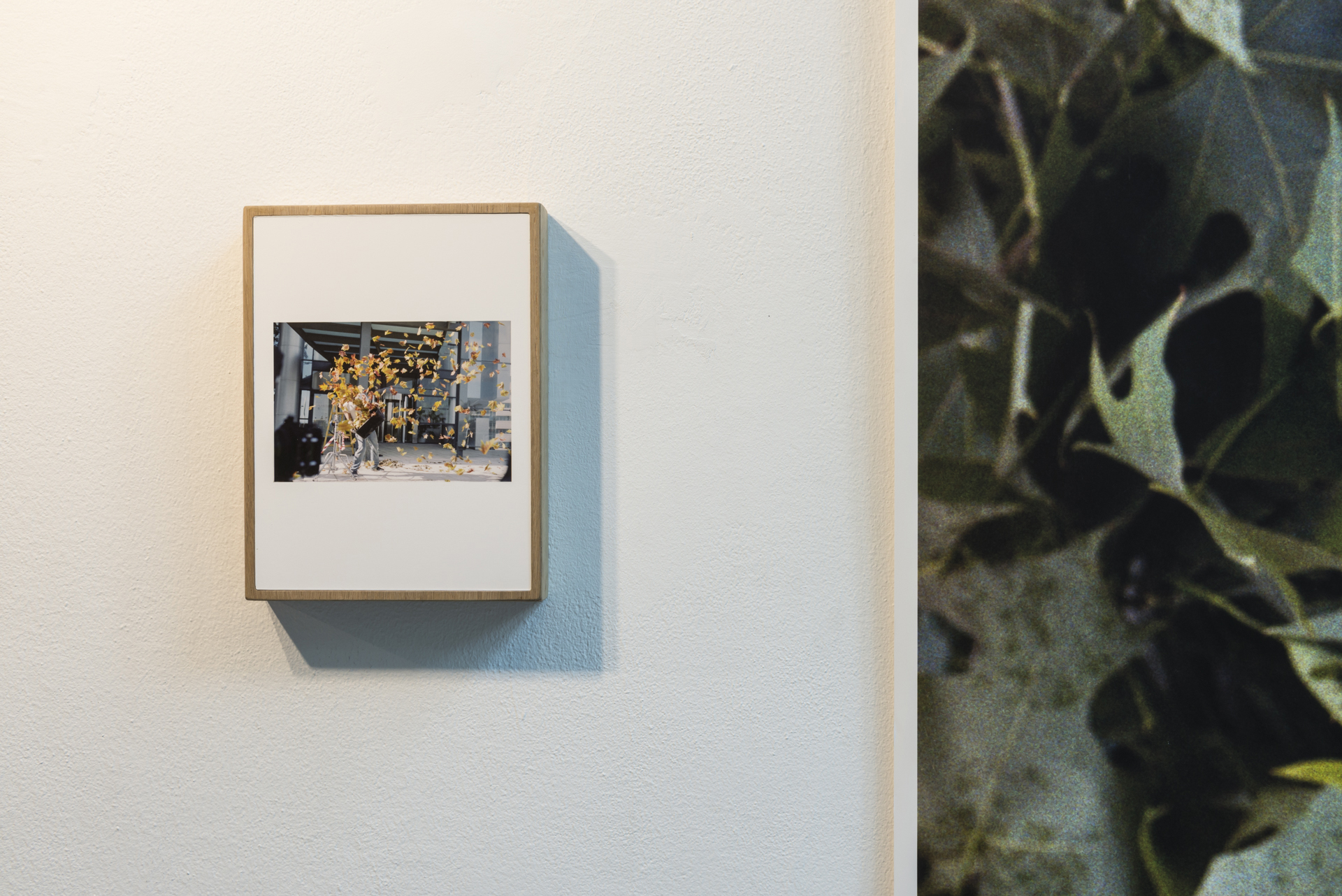 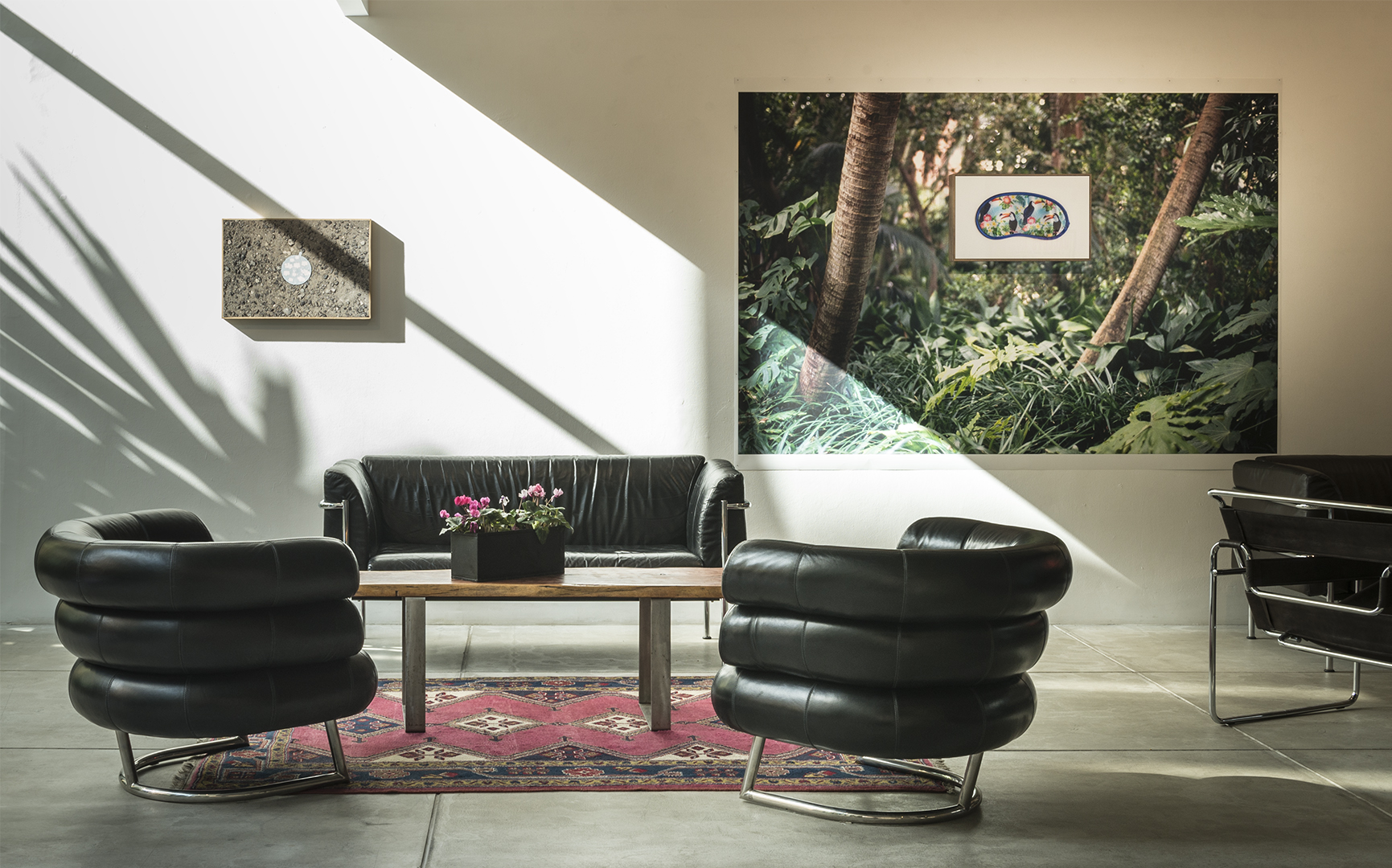 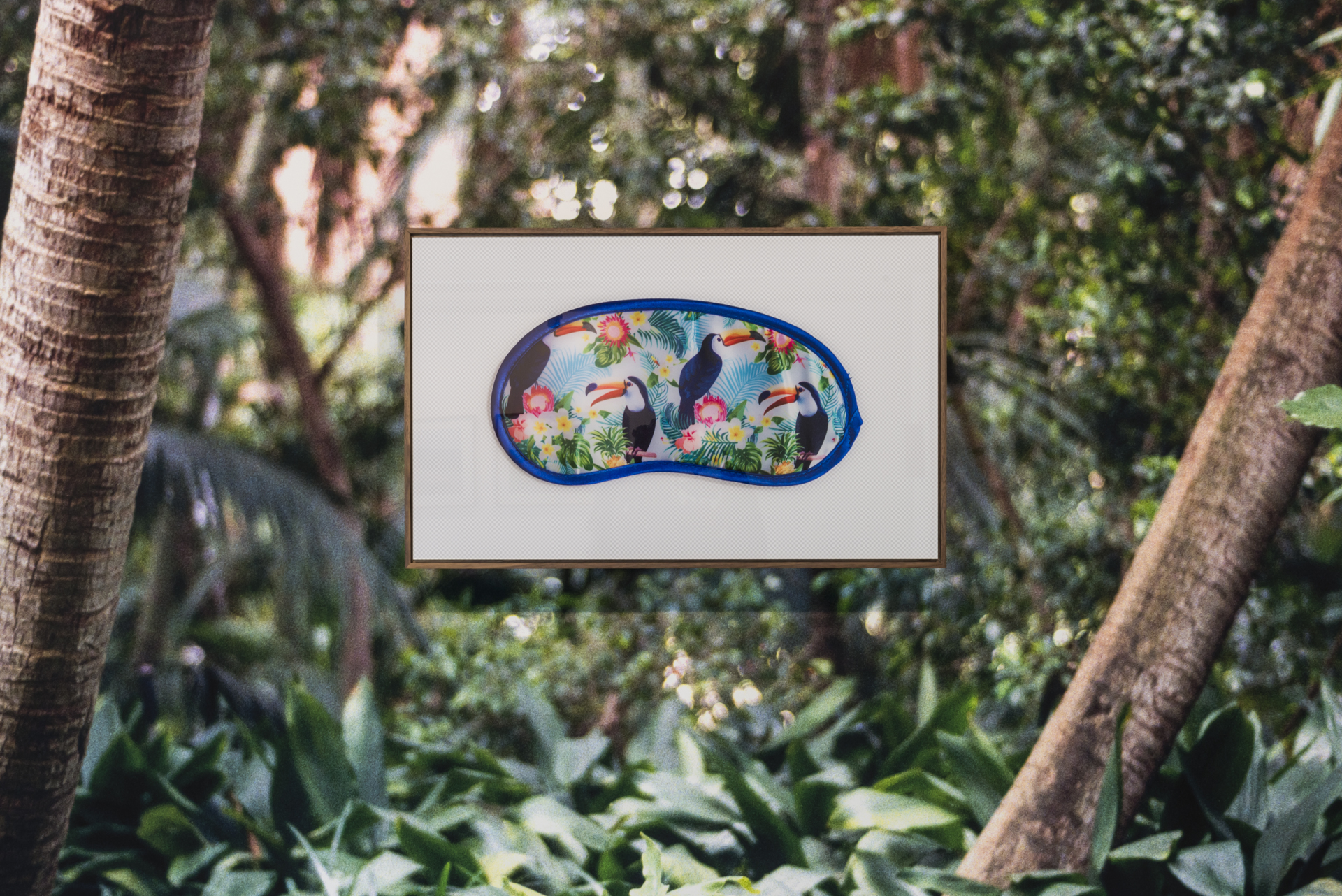 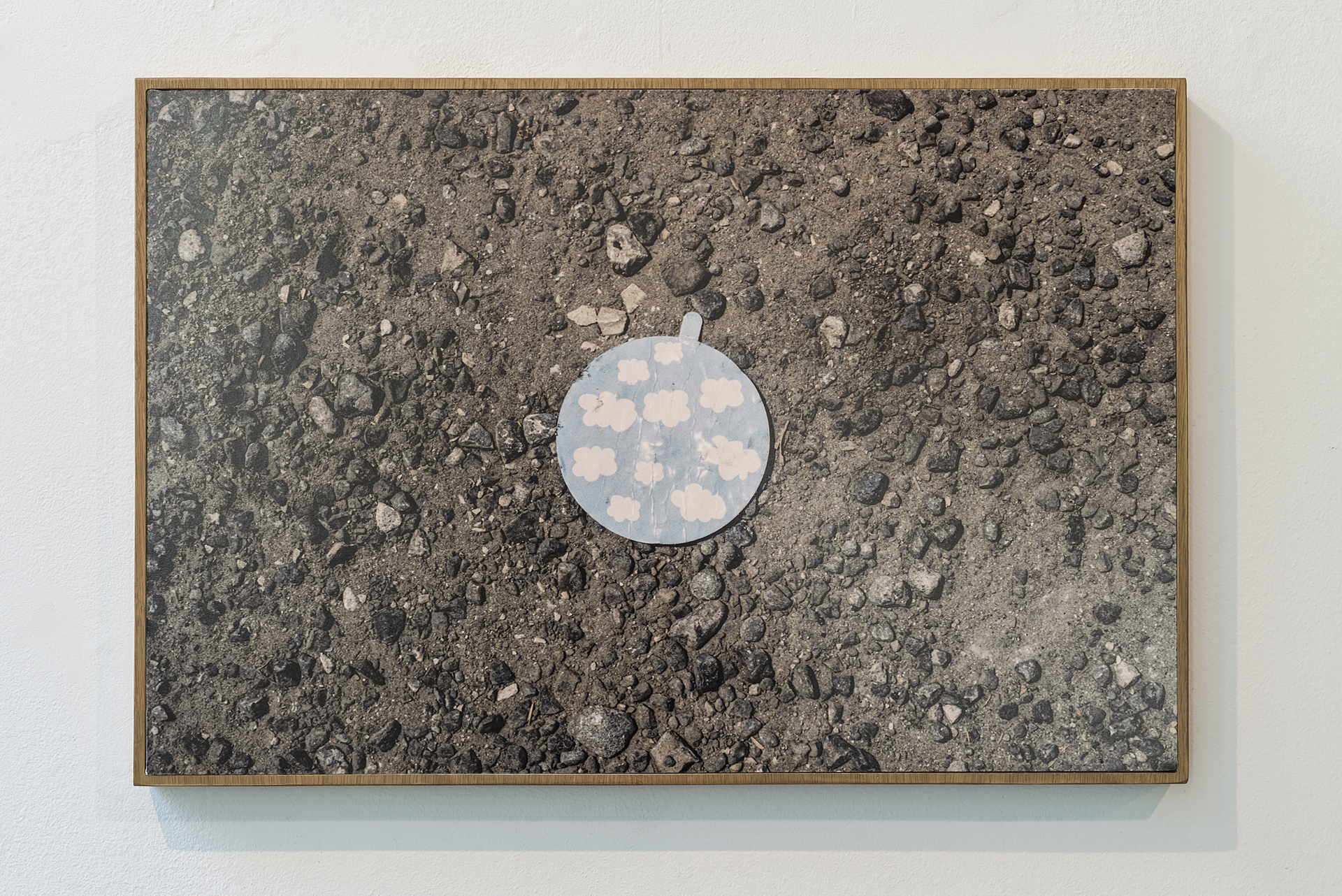 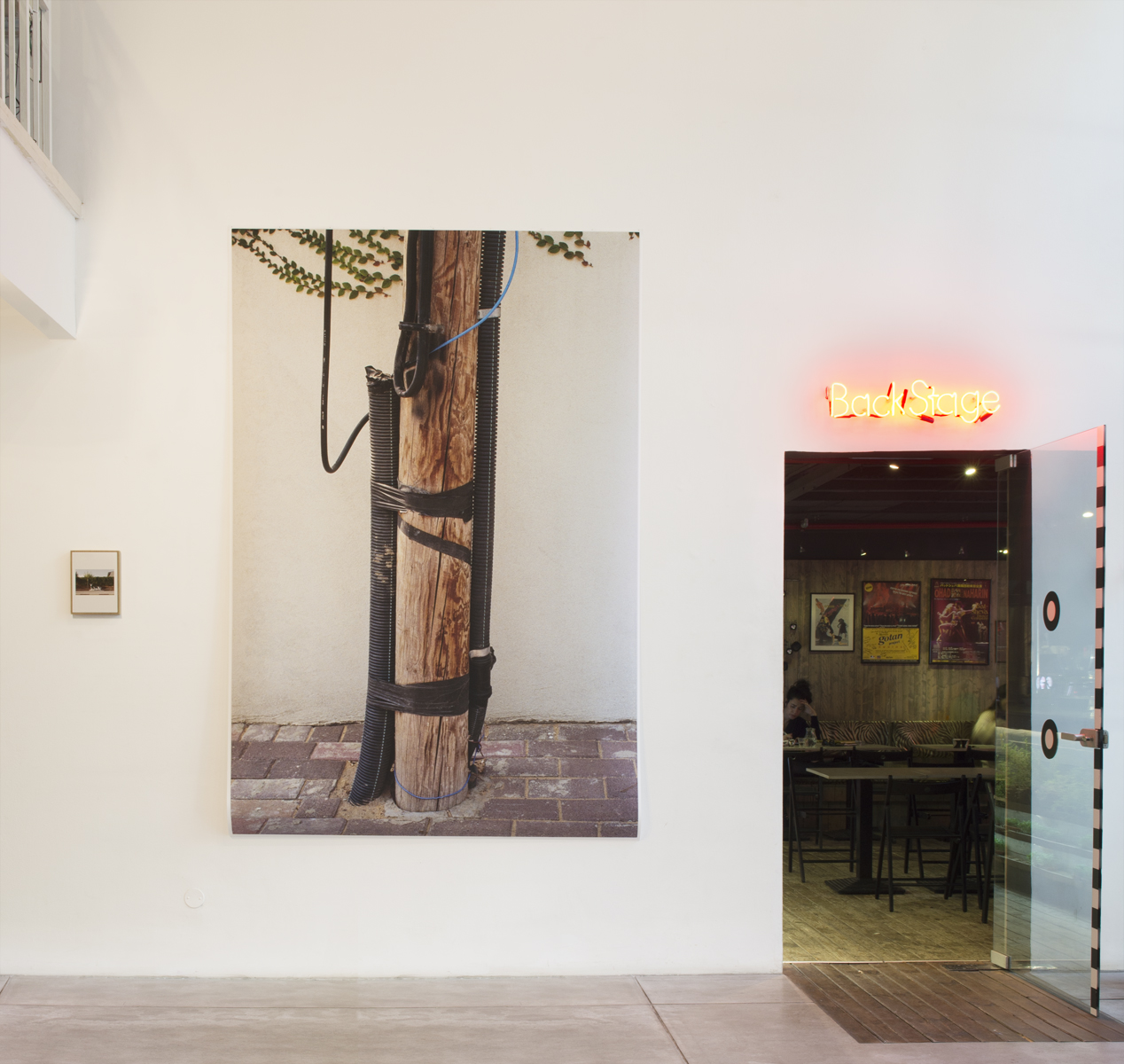 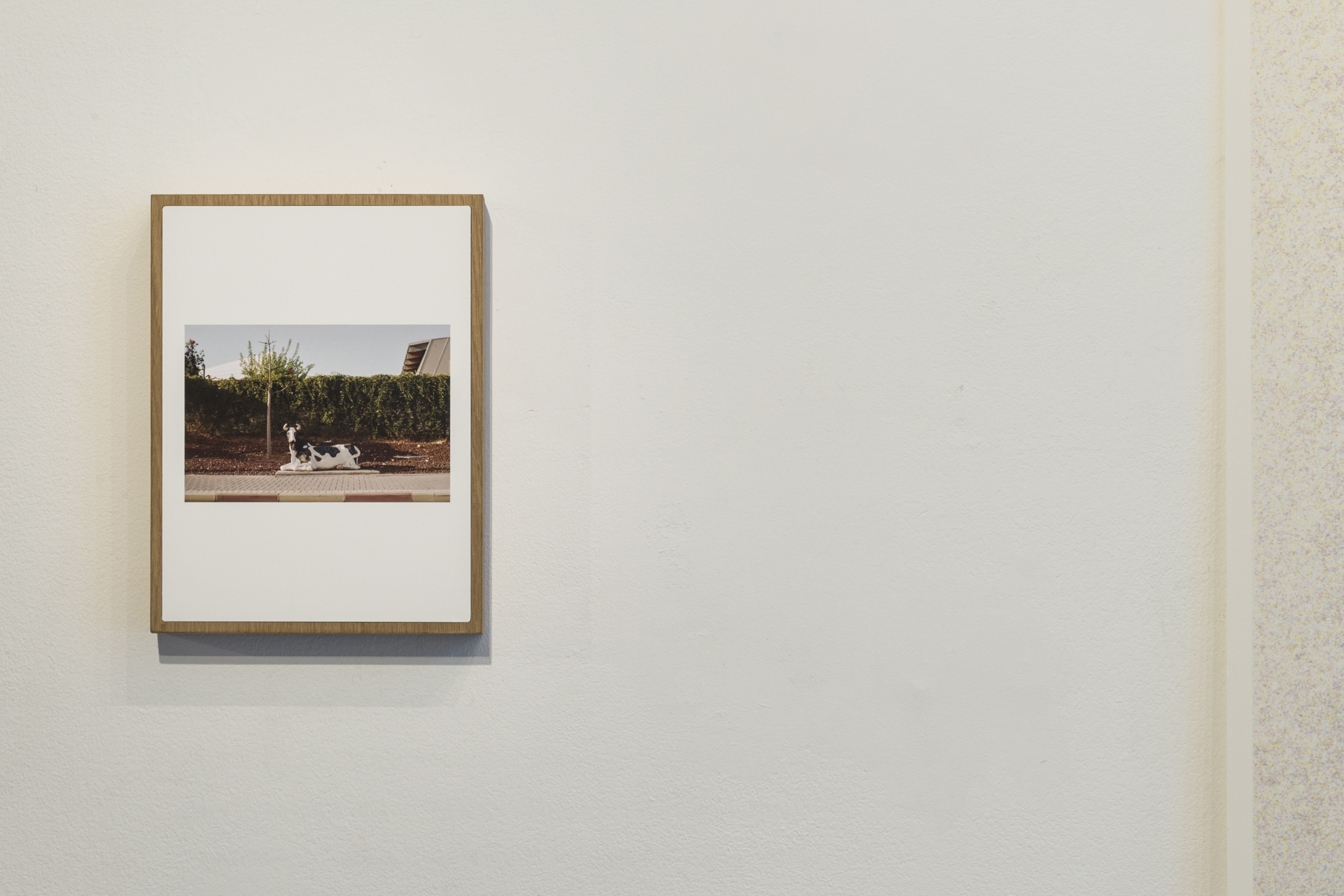 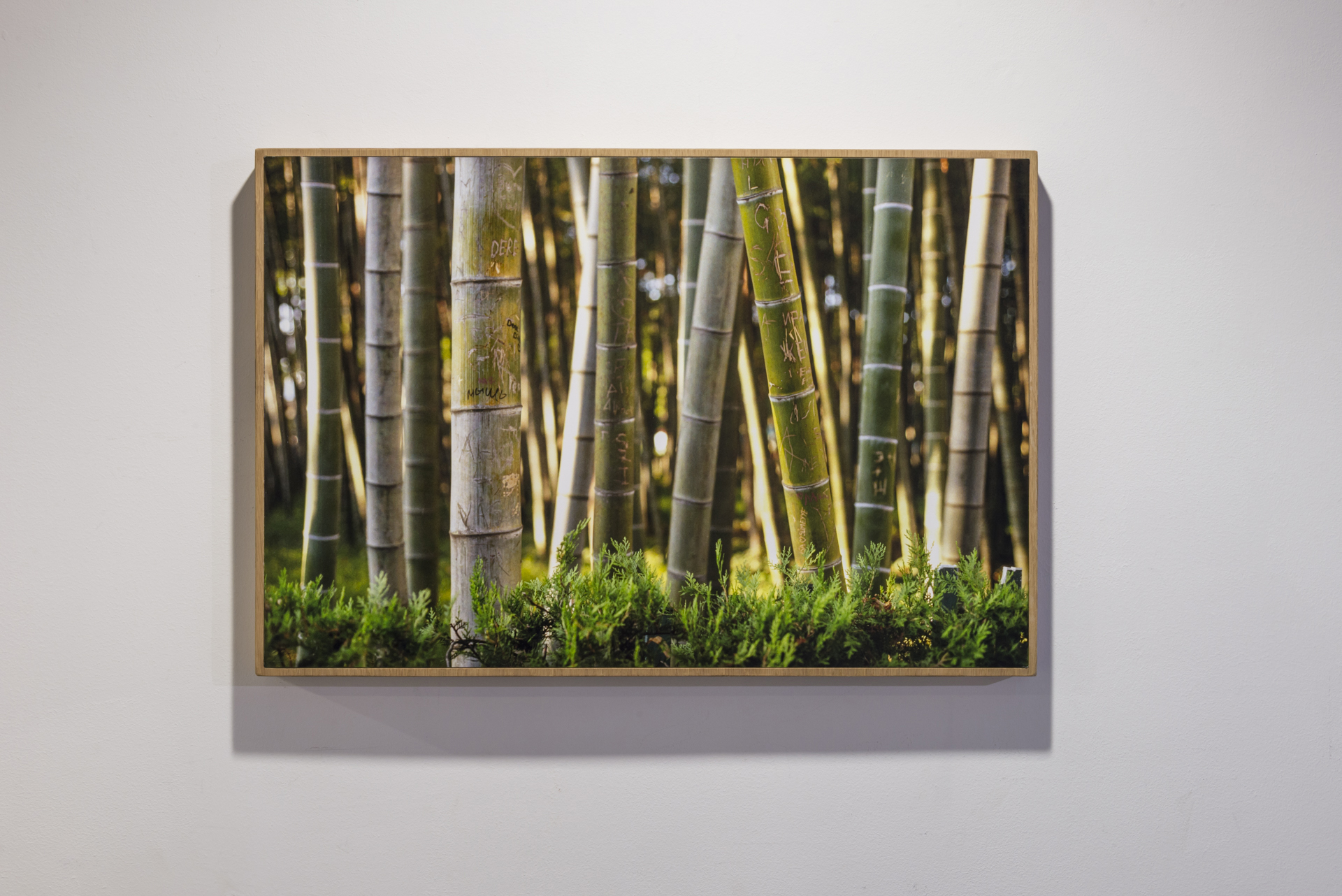 Doron Oved’s body of works displayed in this exhibition is part of an ongoing project that examines the interaction between culture and nature. In a series of photographed images of built and open-air spaces, the artist focuses the camera lens on every day and familiar connections, of the kind that has become an integral part of modern life and leisure culture. However, these images and connections are surprising and almost alienate at first glance. We may be accustomed to seeing a neighbor’s car seeking shade under the garden vegetation, or a green corner in a commercial center lobby, but the way Oved illuminates these pieces of reality is thought provoking in terms of cultural action, the gradual crush of nature by mankind, and the contradictory desperate attempt to recreate the same nature by artificial and synthetic means.

The exhibition has three main axes, characterized by large photographs, which engage each in dialogue with a smaller image that is either juxtaposed or contained within it. In the one, an electric pole, once a tree but now planted sloppily on a paved sidewalk, embraced by plastic pipes and wires; in another, a felled tree whose severed branches seem to refuse to part. A bitter smile raises at the third axis with a photograph of a tropical birds’ image printed on a sleep mask, framed and placed on a large photograph of a “tropical forest.” The illusion or guided imagery that seeks to infuse the mask users with pleasant sleep and dreams of a piece of paradise full of songbirds, is opposed to a yard flora pretending to be a forest through the lens’ focus.

Although humor is not absent from the works in the show, the artist does not intend to entertain us; the series of works stems from authentic awareness and concern for the environment in which we live, but the combinations and connections eminently present in our reality testify to the absurdity and irrational thinking that characterize mankind. The overt and humorous delusion in the presence of an ice cream cup cover on the ground, for example, as if it was a circular mirror reflecting the sky, amusingly echoes artistic and design attempts to plant mirrors in nature and thereby change the landscape and perspective, but at the same time it is evidence of the waste we throw away into nature or into public space. A cow statue by the side of a road, with a green fence in the background, in another work, is kind of present absentee, an artistic substitute for animals that are far removed from our immediate environment.

The works in the exhibition illustrate how culture and nature permeate one another – culture into nature and nature into culture. This tension between the two spheres exists from the dawn of humanity as a conflict or ongoing struggle. For now, the culture seems to be triumphing, but it is a bitter victory as nature’s crush threatens our existence here. What is the role of art in this, and what is the role of each of us? In her personal choices and in her artistic practice, Doron Oved shows us that responsibility is not only collective but also, and perhaps mostly, personal.